appreciative of inbuilt product quality, had an irrepressible desire

to start his own company with a premium product brand and vision.

This desire was realised in January 1979 when Rolf E Goelst established Goelst Nederland BV as an exclusive importer of garment furniture (changing room lockers) and associated products. Within one year he commenced and developed his own embryonic range of curtain rails. 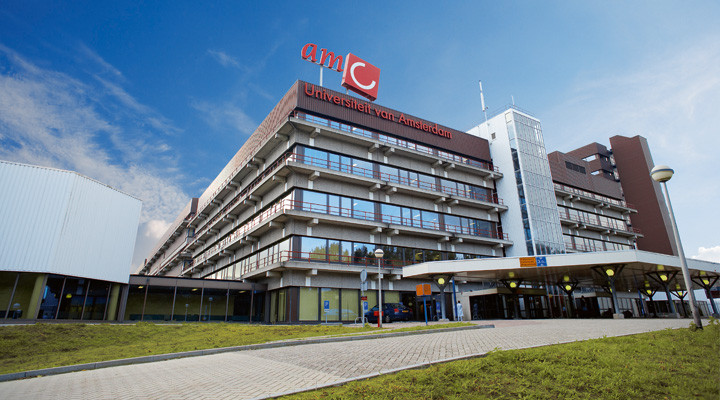 The first major installation of G-Rail curtain rail was to the AMC Hospital in Amsterdam - initially with rail-system 2300 (still a popular profile today) immediately followed by the profiles 2200 and 4100 both of which are specific to the important health-care market. Conforming to the most stringent quality standards, privacy curtain rail system 4100 has progressed to the status of product leader within the European healthcare market.

Striving to maintain the supply of top quality products at a realistic price level it became clear that it was necessary to internationalise the company. So in 1984 R.E.Goelst GmbH was established in Essen to serve the important German market, this was followed in 1985 with the engagement of an exclusive distributor for Belgium, followed by the establishment of a Goelst company in 2000. In 1986 an agent was appointed for Switzerland where within six months Goelst opened a new distribution warehouse.

In 1991 a manufacturing distribution plant was opened in the United Kingdom where continued growth has elevated Goelst UK Ltd into one of the largest Goelst companies outside the Netherlands. The Scandinavian market - home of contemporary design - is now supplied with G-Rail from our warehouse in Norway - established in 2000. Also in that year a wholesaler was appointed in France becoming an established Goelst Company in 2003. 2002 was the year where the first steps towards the U.S.A. have been made. This resulted in 2003 with a warehouse and sales office facility in the Atlanta area. All of these countries are now represented with established Goelst Companies.

Rolf E Goelst continues to head the group of international companies through the holding company and head office located the central part of Holland.

Goelst (G-Rail) has always been product oriented, however in a more sophisticated marketplace the saying “quality sells itself” may not suffice. Therefore through the skill of our product design department, extensive testing program (relatively unique in this industry), customer support and installation service, we strive to constantly satisfy client demand.

Product knowledge and customer service are the foundation stone of the G-Rail trade mark. Ongoing dialogue with project specifiers, architects and interior designers keep the company progressive and informed.

Goelst has a policy of continuous development and welcomes customer feedback with regard to our products, services and future market needs. Our total rail program featured within this catalogue conveys the experience of “G-Rail”, the best and most attractive curtain rails available.